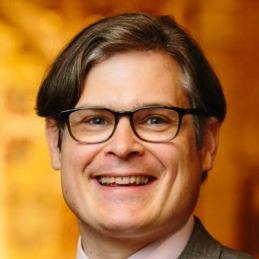 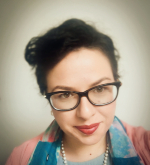 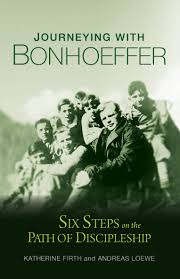 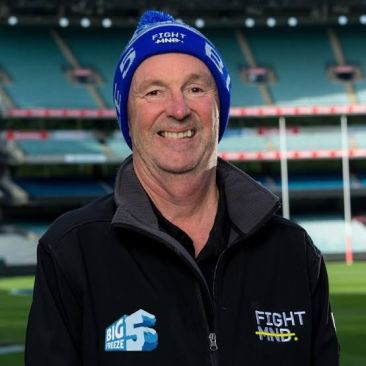 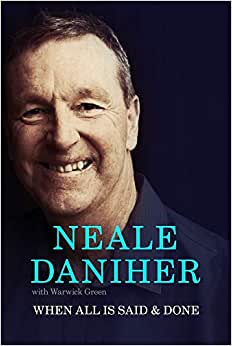 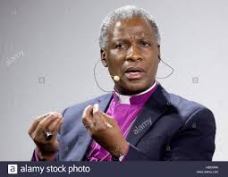 2020 is the 75th anniversary of Dietrich Bonhoeffer’s martyrdom in the Flossenbürg concentration camp in Bavaria just three weeks before the camp was liberated by US army soldiers and World War 2 ended. Dr Andreas Lowe, Dean of St Paul’s Cathedral Melbourne, church historian and expert on Protestant German history  and Katherine Firth, translator, academic, poet and educator   are both fluent in German. Working together they have produced “two books in one” which together, in the form of a powerful new biography of Bonhoeffer and six lessons for Lent,  enrich our understanding of Luke’s Gospel for the Lenten season and at the same time invite us drink deeply at the well of Bonhoeffer’s terse, demanding and trenchantly challenging theology in his book The Cost of Discipleship and in fresh translations by Firth of some of his intensely personal poetry.

Younger folk today will be less familiar with Bonhoeffer than the post world war 2 generation. They will not have heard his clarion call that when Christ calls us he calls us, his call leads to death; that God’s grace is costly, because it is costly to God, it cost him his Son; that discipleship is more than formulaic worship; that Christ did not call his disciples to a life of holy introspection, but a life of doing; that if we truly turn to Christ, then we need to shun those who claim to be alternative mediators; that as followers of Jesus Christ, then, we cannot remain hidden, and many more shafts which, once read, are not easily forgotten.

Firth’s translations of Bonhoeffer’s poems  are fresh and immediate. Here are the last lines of Who Am I? (July 1944).

Am I today this, then, and tomorrow something else?

Am I both at the same time? In front of people a hypocrite

and in front of myself a contemptible, whiny weakling?

Or, in the same way, which is still in me, the beaten army

that in disorder gives way in front of the

victory that has already been won?

Who am I? These solitary questions mock me.

Ideal for a Lenten study group, this little book contains chapter questions, careful footnotes, further reading suggestions and a useful index. To be read with care …there is dynamite here …but also good comfort!  5 stars

Daniher, Neale:  When All is Said and Done, co-writer, Warwick Green,

I was at the MCG in 2006 when Melbourne last played in an AFL premiership grand  final match. Demon supporters had high hopes but Essendon’s “baby bombers” had only lost one match for the whole year and Melbourne was crunched badly. Melbourne’s coach Neale Daniher was angry and disappointed by his team’s capitulation but it was to be his only grand final appearance with the Demons in ten years of coaching despite getting the Dees to six finals series in nine years.  Now, fighting hard against the even tougher enemy of Motor Neurone Disease Daniher has written an intimate and honest account of his childhood background, education, family life, sporting achievements and his current fight to the death.

As well as giving the reader generous insight into his own character which he himself admits was intense, prickly and uninterested in small talk and trivia, this book also seeks to offer a philosophy of life with chapters on leadership, knowing yourself, not expecting a free ride, learning from others, taking the plunge, creating balance, admitting weaknesses, keeping calm, believing in yourself, mixing passion with purpose and not being too hard-arsed, amongst many other life secrets.

For me the life story was fascinating and a very enjoyable read, but the life coaching was too much, too repetitive and in need of editing. To be fair as a semi-retired teacher thirteen years older than Daniher, the energetic advice he offers about how to live life well has come too late to make much dint in my self-indulgent character. Also to be fair, Daniher in a “Letter to my grandchildren “ on p353 admits that they probably won’t take his advice either! …Don’t believe a word your grandfather has told you. Put everything I’ve said to the Bunsen Burner of your own life. Play on!

In spite of my world-weariness about life coaching, this book has assembled an excellent array of quotable quotes that bear close attention in any person’s life. Some which stood out for me I have listed below.

p35:   I believe the mark of a person is not what he or she thinks, says or feels —in the end, I believe we are measured by what we actually do

p38: You’re not special, but you could become special, you could do something special. You have the opportunity in life, but it’s up to you to reveal your character and make the most of that opportunity across your lifetime. Go out and do it.

p45: You work hard but you can’t control everything.”

p67:  Life can only be understood backwards, but it must be lived forwards.

p50:  Ships are safe in the harbour, but it’s not what they are built for.

p.76:  Life doesn’t promise to be fair but it does offer opportunity.

p. 97 We can use other people’s knowledge, but we can’t use their wisdom.

p.106 Honesty needs to be delivered in the right manner

p106  The shoe that fits one person, pinches another.  [Jung]

p129  It’s not the critic who counts. [Theodore Rooseveldt]

p. 139  The folly of relying on your meaning in life coming from something that is completely selfish.

p.150  Put your own mask on first before coming to help others [airline advice]

p152  If we cannot trust, then neither can we find love nor joy

p.156 Don’t wear your busyness as a badge of honour.

p157  Courage is the commitment to begin without any guarantee of success. [Goethe]

p.178  Feat is the reaction; courage is a decision.

p258  Be Yourself! Everyone else is taken.  [Oscar Wilde]

p284  The most secure prisons are the ones we construct for ourselves. [Gordon Livingstone, US psychiatrist]

What priest or Christian leader has never had pastoral counselling that blew up in their face or ministry initiatives that were so disastrous they wanted to quit? If this is you then here is a book to give you faith and courage!

Archbishop Thabo Makgoba is the current Metropolitan of the Anglican Church of Southern Africa, the youngest person ever to be elected to this position. He is also chair of the International Design Group for the Lambeth Conference in 2020. This is the story of a poor young black lad who’s ancestors were royalty living in the high veldt beautifully forested escarpment of south east Africa. It was one of the last cultures to be hunted down and colonised by British rulers with the help of 8000 Swazi allies.

His childhood was far from royal, growing up in poverty with his twin sister in the overcrowded, poor, unkempt and downtrodden township of Alexandra. His home amounted to two rooms which together with another house and other backyard rooms housed around 20 families in total with four outside ‘bucket” toilets for them all.   His father who was a pastor of the Zion Christian Church, had at least four other wives and families  and  was  therefore often absent from home. It was a torrid chidhood. Apartheid ruled, pass laws were strict, street gangs dominated, life was cheap and dead bodies were often found on the street. Yet his father was ambitious for his tall young son who clearly had a mind to study. Somehow, often travelling two hours each way to better schools Thabo gained a strong secondary education and did well enough to gain entry to the Witwatersrand University in Johannesburg where he studied science, education and psychology.

It seems from the start that Thabo was destined for leadership and his drive for excellence was allied with a passion to see justice and fairness achieved for the poor and dispossessed. At University he became involved with the Anglican Students Federation and as a committee member he became an underground member of the ANC, the African National Congress, gradually overcoming his terror of “whites”. In addition he joined the Release Mandella Campaign and became a “player” in Anglican synods, attracting attention. Almost inevitably he was targeted for ordination and eventually added theology to his list of studies.

The book charts with exceptional honesty the triumphs and failures of his career including his work as teacher, psychologist, pastor,  academic, College Dean, parish priest, Bishop and Archbishop. His forceful personality often got him into scrapes with the harsh pass laws, with colleagues and opponents and eventually with high ranking movers and shakers in the church including Archbishop Tutu. At the same time we learn of his marriage and family and the tragedy of the death of his twin sister.

One cannot but be amazed by Thabo’s courage in facing all the tough issues whether political, the draining psychological counselling of drug addicts, the horrific violence against women, the trauma of spinally injured mine workers, and the bitter and physically dangerous infighting between overly zealous church members which sometimes ended with guns! Challenged by his mentors for being a minister without mentioning Christ, it is sometimes difficult in the first half of the book to see a priest at work rather than a social worker.

This all changes when Mandela’s third wife Graça Machel approached Thabo to support Mandela spiritually in the last five years of his life. Mandela’s importance to South Africa and its peoples was so overwhelming that it was difficult for anyone to be close to him. Thabo manages to break through this wall and a friendship and spiritual bond developed between him, Graça and Mandela. The prayers which Thabo records become a powerful statement of the “faith and courage’ needed to live in the new hard world of a post-apartheid South Africa especially in the period of the corrupt government of President Zuma. The book forces Western Christians especially to face up to the deep hurts  caused by the often brutal European colonisation of the rest of the world.

Thabo Makgoba is not the perfect priest and he is not without selfish ambition. He has successes and failures. Some things he is good at become so huge and burdensome he has to give them up. It is in fact the honest story of a faithful priest who simply saw needs and tried to help. Powerful indeed is his call for Anglicans to maintain unity along with their current deep divisions. 4 stars

This little book (111 pages in my edition) provides a perfect example of “Johnsonian style”..concise, unadorned, perspicuous, logical, witty and genuinely thought provoking. Set in a mysterious land of pure delight and happiness and from which escape is difficult,  Prince Rasselas is restless in his life of saturated joy and longs to explore the difficult, rude and uncomfortable world of the majority of mankind. Aided by the insightful poet Imlac, and accompanied by his sister Nekayah and her maid Pekuah, Rasselas does find a way out of Abissinia and journeys in several lands with several adventures, in the meantime engaged in philosophic discussion about poetry, happiness, marriage, wealth, insanity, poverty, science, flying, astronomy, life after death and much besides. Their journey, which included considerable time in Egypt, including the abduction and rescue of Pekuah during a visit to the pyramids  ends with a visit to the catacombs and a discussion about life after death. Their final decision was to return to Abissinia persuaded that life was brief, and that knowledge,  justice, trust in God and eternity and the varied “stream of life” itself was as close to happiness that one could wish for.  A thoughtful and helpful read. 5 stars.